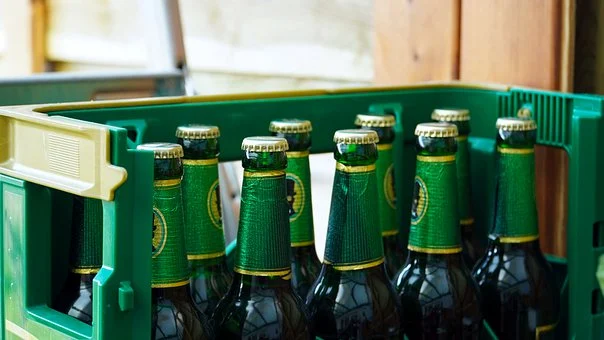 When we talk about the History of Mexican Beer, we have to go back several hundred years. The first brewery on the American continent was founded in 1542 when Emperor Charles V permitted Alonso Herrera, but he had to send a third of the profits to Spain.

Despite Alonso Herrera’s company’s success, beer production did not develop as expected in New Spain. Due to the abuse of its consumption, it was sanctioned by the authorities. Besides, several pre-Hispanic beverages were similar to beer deeply rooted among the people, like zendecho (corn pulque), aguardientes, cane wines, and chinguirito potzoles, ponches, tepaches, mesquite wines, chicha, zambumbia, and tesgüino.

During Spanish colonialism, beer consumption was a little more considerable since Alexander von Humboldt affirmed that in 1802 71,806 bottles were imported into Veracruz’s port. A few years later, the taste for beer was consolidated, so much so that the Federal Congress discussed its consumption and had the right to produce it.

With the arrival of German immigrants in the mid-1800s and the influence of the reign of Maximilian of Hapsburg in the mid 19th century, they helped establish the art of beer production.

The opening between 1884 and 1885 of the railroad line that traveled the route between El Paso, Texas, and Mexico City allowed an accelerated development of the beer industry since it allowed the importation of machinery and malt from the United States the installation of ice factories. The growth of beer consumption permitted business people to afford their increasingly technified breweries. But the railroad also forced Mexican brewers to compete against American beers that could reach the markets of the country’s interior massively.

In 1891 the first large-scale industrial brewery in the country was founded, Cervecería Cuauhtémoc, in Monterrey, when Calixto Piazzini transferred the rights to his brewery to Francisco Sada, Isaac Garza, José A. Muguerza, and brewer Joseph M Schnaider. In 1894, this group of businessmen acquired four small breweries in Orizaba: La Santa Elena, La Mexicana, La Azteca and La Inglesa. In 1896 they acquired Cervecería de Sonora, and in 1900 Cervecería del Pacífico.

In 1894, Cervecería Guillermo Hasse y Compañía was founded in Orizaba by Henry Manthey, William Hasse, Cuno Von Alten and Adolph Burhard, with an initial production of 15,000 barrels per day. In 1896 the company name was changed to Cervecería Moctezuma.

The prohibition in the United States during the 1920s gave a strong impulse to Mexico’s beer industry, as North Americans went to the border countries to acquire and consume alcohol.

By 1918 there were already 36 breweries in Mexico, and by 1925 national production was around 50 thousand liters and employed nearly two thousand 500 people. In terms of consumers, it was estimated that only seven percent of men and five percent of women between the ages of 15 and 80 consumed beer in the country, representing only a tenth of the pulque drinkers.

In 1925, a group of Spanish businessmen created the founding company of Cervecería Modelo in Mexico City.

Between 2010 and 2012, the Dutch company Heineken and the Belgian-Brazilian company AB InBev acquired the two large beer groups in the country, which meant the definitive goodbye of 100% Mexican beer invasion international brands.

In an attempt to rescue the Mexican beer tradition, since 1995, Mexican entrepreneurs decided to venture into creating their beers taking as a reference the classic European styles that the big brewing groups did not offer due to a consumer used to Pilsner beers, and for whom these styles could be very ‘strong,’ and therefore not profitable for large scale production.

From that moment on, craft beers began to conquer palates, and new brewing projects emerged all over the country. Currently, there are more than 600 formally established artisan breweries. Still, there is another similar number, or more, of homemade producers looking to create a new beer culture based on the quality and variety of their products and whose brands and labels transmit the culture of all corners of the country.

WHERE ARE THEY NOW BLACK CAVIAR IN 20202